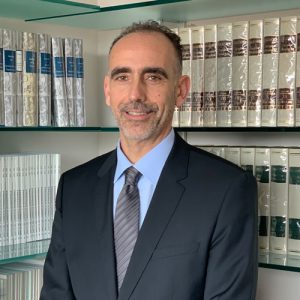 Graduated in Law in the 1989-1990 academic year, presenting a thesis in Bankruptcy Law. Speaker: Prof. Giovanni Marani of the University of Modena and Reggio Emilia. Title of the graduation thesis: “The ceased entrepreneur’s bankruptcy”.

Lecturer of private law at the University of Modena and Reggio Emilia – Prof. Alberto Bregoli from 1995 to 2000

Registered at the Notarial District of Modena since 2001

Adjunct Professor of Bankruptcy Law at Alma Mater Studiorum University of Bologna, Campus of Rimini, from the 2000-2001 to the 2001-2002 academic year.